WHAT IS A VC ECOSYSTEM AND WHAT DOES IT STAND FOR?

The simplest definition of an ecosystem is that it is a community or group of living organisms that live in and interact with each other in a specific environment.

So, it can be said that the venture capital ecosystem is a symbiosis of all investors, startups, and other accompanying factors that form one big community that is found to be remarkably effective at stimulating innovation and job growth.

”A business ecosystem is the network of organizations—including suppliers, distributors, customers, competitors, government agencies, and so on—involved in the delivery of a specific product or service through both competition and cooperation. The idea is that each entity in the ecosystem affects and is affected by the others, creating a constantly evolving relationship in which each entity must be flexible and adaptable to survive as in a biological ecosystem.”

”A startup ecosystem is formed by people, startups in their various stages, and various types of organizations in a location (physical and/or virtual), interacting as a system to create new startup companies.“

​What Is Startup Ecosystem?

Why Is a Healthy VC Ecosystem Important in an Emerging Market?

Bonini, S. and Alkan, S. (2012). The political and legal determinants of venture capital investments around the world. Small Business Economics.

However, access to capital for startups is often limited, hampering entrepreneurship, growth, and innovation.

‘’Ensuring that startups have access to early-stage venture capital provides positive implications for the overall economy and should therefore lie in the interest of the government.’’

‘’However, access to capital for startups is often limited and the lack thereof hampers growth and innovation. Ensuring that startups have access to funding provides positive implications for the overall economy and should therefore lie in the interest of the government’’

The functions of VC in these early-stage settings have only recently been addressed, but it stands clear that institutions such as accelerators and networks (regardless of government initiatives or not) and changes in policy and regulations play a crucial role in assisting the ecosystem surrounding startups and venture capital.

”In a league of their own, this year’s top five global startup ecosystems have a combined value of $1.5 trillion, 1.7 times the remaining top ecosystems. Silicon Valley maintains the #1 ranking, a position it has held since 2012 when rankings were first released. Meanwhile, New York remains at #2, although now tied with London. And finally, Beijing is at #4, and Boston is at #5. Tel-Aviv and Los Angeles rounded out the top seven.”

What does the last decade of VC investing in Europe reveal?

”We are used to the European venture capital (VC) industry making headlines. Investments in innovative start-ups are rampant, on course to reach a new all-time high. From 2007 to 2015, investors poured about EUR 35bn into early and later-stage start-ups located in the 28 EU countries.

”Interestingly, start-ups in the Central and Eastern European (CEE) and Mediterranean countries received the highest average investment volume. This result is likely driven by the smaller size of the VC industry in these regions, which reduces the opportunities to create well-diversified portfolios.”

The European VC ecosystem at a glance

”Europe’s start-up ecosystem has seen a surge in the number of unicorns and the pace at which they are created. Of the 99 venture-capital-backed European unicorns, 14 were added in 2019 alone. These include Germany’s neobank N26, France’s healthcare scheduling service Doctolib, and Lithuania’s online used-clothing marketplace Vinted. Despite this accelerated activity, European start-ups still lag in achieving successful late-stage outcomes when compared with other start-up ecosystems.”

”As VC returns have gained additional momentum in recent years, pension-fund investments in Europe have significantly increased: 2.3 times more pension funds were committed to European venture capital in 2018 compared with the four previous years. In 2019, capital invested in rounds of $100 million and more in Europe was four times that of 2014. The continent also saw an increase in mega funding rounds of $100 million and more, and even six $500 million-plus rounds, in 2019.”

There are already more than ten VC-backed unicorns coming out of Emerging Europe, and many more potentially on the way. However, it’s not all about increasing the number of unicorns; the region also sees way more mature growth-stage startups focusing on creating sustainable cash flow through sales.

”Despite some global political and economic uncertainty, including the UK’s official exit from the European Union and the ongoing US-China trade war, 2020 started off on a mostly positive note. VC investment in both the Americas and Europe got off to a strong start. In the US, autonomous mobility company Waymo raised $2.25 billion, while cleantech infrastructure investor Generate Capital raised $1 billion. In Europe, UK-based Revolut led fundraising with a $500 million round, while Germany’s Lilium raised $240 million. VC investment in Asia, however, fell significantly, despite $3 billion raises by both Indonesia-based Gojek and China-based Kuaishou, and a $1 billion raised by China-based tech, Yuanfudao on the last day of the quarter. Deals activity dropped very sharply in Asia, driven primarily by a slowdown in China, the first to be affected by COVID-19. Fintech remained a very hot area of investment globally during Q1’20. Digital banks in several jurisdictions raised strong funding rounds, including US-based Chime ($500 million), UK-based Revolut ($500 million), Sweden-based Klarna ($200 million), and Australia-based Xinja ($160 million).”

”For those worried about the impact of the Covid-19 pandemic on VC investment across Europe, the latest report from Pitchbook should make for welcome reading.

According to the report, released today, VC deals in Europe totaled €10.6bn in Q3 2020. That’s one of the strongest quarters on record, bringing year-to-date funding to €29.5bn and meaning it’s on track to eclipse the €37.2bn raised in 2019.

Despite economies falling into recessions, unemployment rising dramatically across numerous different sectors and multiple stimulus measures being announced by pretty much all of the European nations, venture deal value and activity hasn’t really reflected impacts of Covid-19,” Nalin Patel, the lead author of the report, tells Sifted.”

Where European VC funding went in 2020 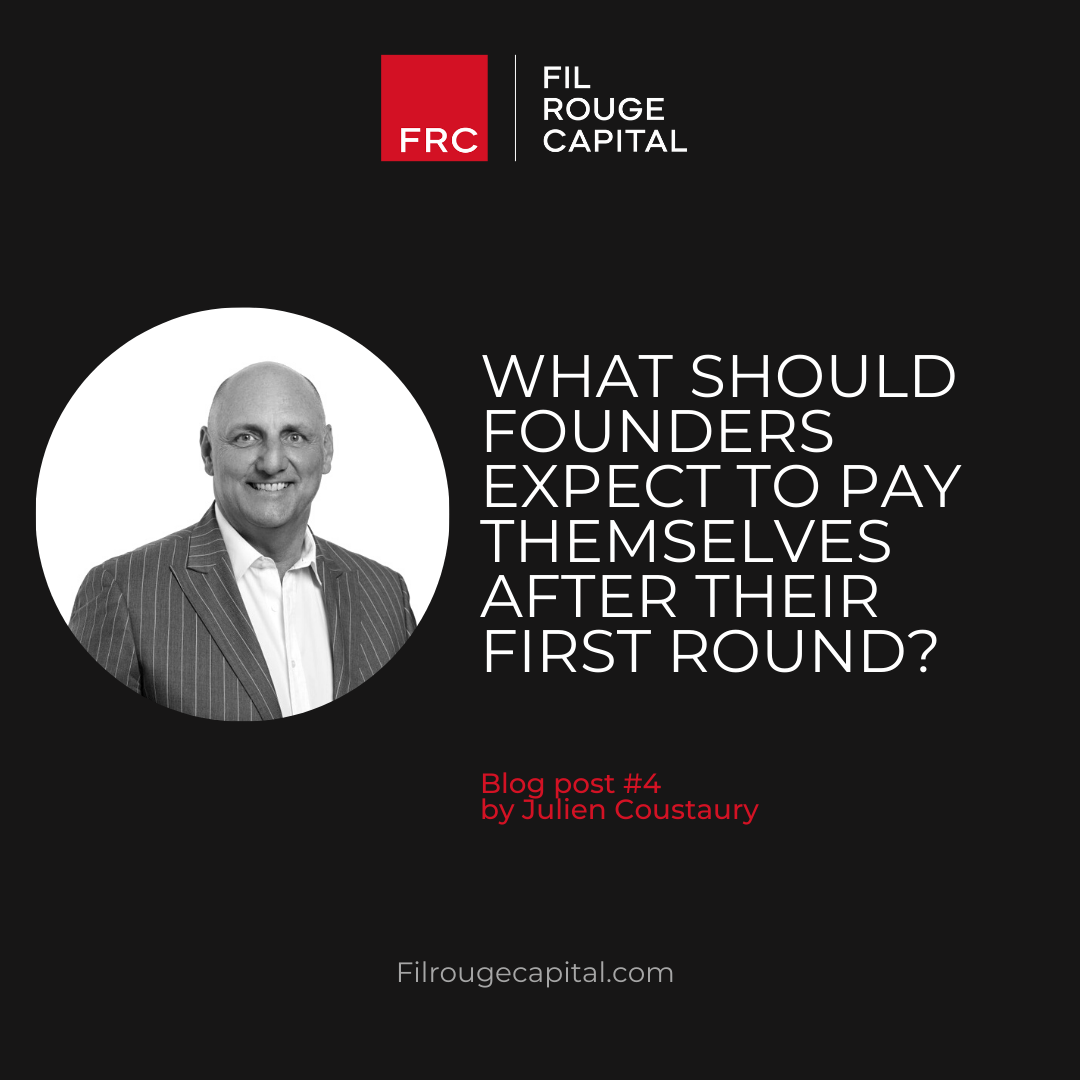 WHAT SHOULD FOUNDERS EXPECT TO PAY THEMSELVES AFTER RAISING THEIR FIRST ROUND? 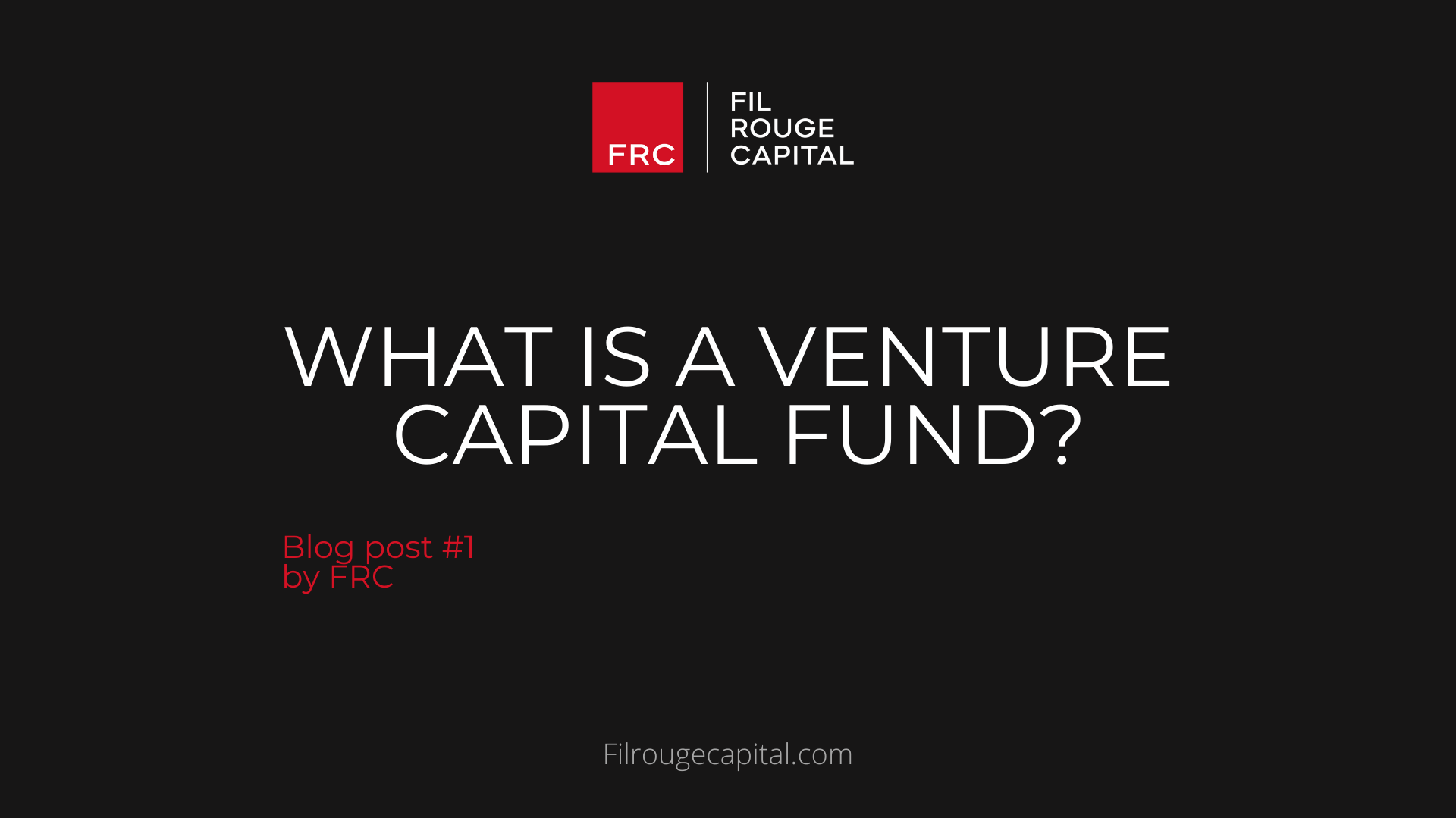 WHAT IS A VENTURE CAPITAL FUND? 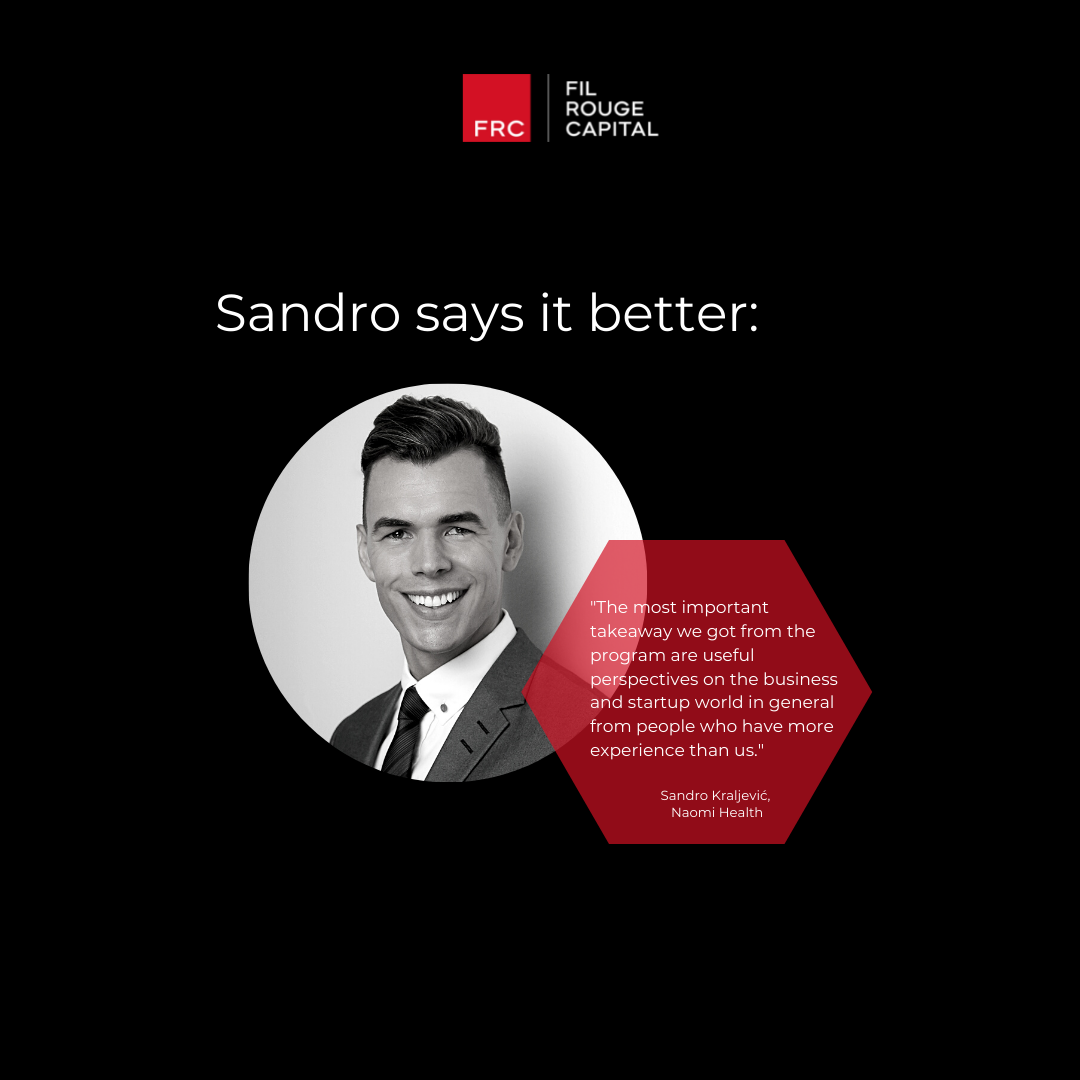 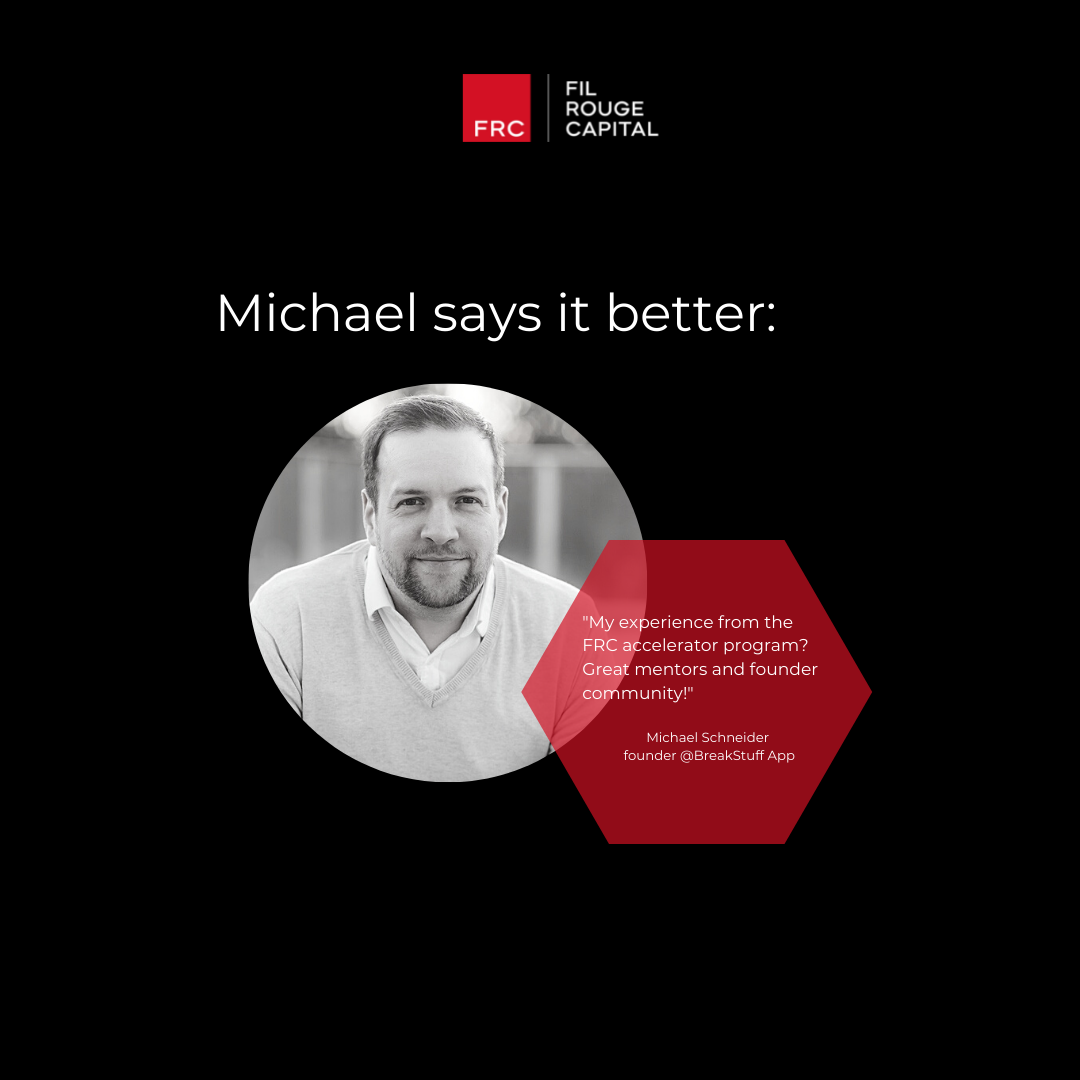 XWe use cookies on our website to give you the most relevant experience by remembering your preferences and repeat visits. By clicking “Accept”, you consent to the use of ALL the cookies. However you may visit Cookie Settings to provide a controlled consent. Read MoreREJECTACCEPTCookie settings
Manage consent

Performance cookies are used to understand and analyze the key performance indexes of the website which helps in delivering a better user experience for the visitors.

Analytical cookies are used to understand how visitors interact with the website. These cookies help provide information on metrics the number of visitors, bounce rate, traffic source, etc.

Advertisement cookies are used to provide visitors with relevant ads and marketing campaigns. These cookies track visitors across websites and collect information to provide customized ads.

Other uncategorized cookies are those that are being analyzed and have not been classified into a category as yet.